Webbplatsen använder cookies för att säkerställa att du får den bästa upplevelsen. We and selected partners use cookies or similar technologies to ensure you get the best experience on the Teamtailor website. With respect to cookies that are not considered necessary (as specified in the Cookie Policy), we and our selected partners may use cookies for the following purposes: personalized website experience, develop and improve products and in some cases targeted advertisement that are based on your interests. You can manage or disable cookies by clicking on "Manage cookies" at the bottom of each website page.

When you visit this website, it may store or retrieve information on your browser, mostly in the form of cookies. This information might be about you, your preferences or your device and is mostly used to make the website work as you expect it to. The information does not usually directly identify you, but it can give you a more personalized web experience. Because we respect your right to privacy, you can choose not to allow some types of cookies. Below is a list of different categories of cookies that may be set and that you can freely change. However, blocking some types of cookies may impact your experience of the site and the services we are able to offer.

Here at KAN, every other week we have a kompetenslunch, or “competence lunch” to keep the gang well informed on interesting happenings in the fascinating worlds of digital media and culture. This Wednesday’s kompetenslunch featured Marcus Olsson, founder of Malmö-based virtual reality firm SceneThere and faculty member of the Silicon Valley think tank, Singularity University. A rising star in the world of VR, Marcus enlightened us on the past, present and future of the technology.

Virtual Reality came on the scene in 1964 and is finally beginning to come of age with the advent of smartphone-enabled headsets and a range of applications for everything from heavy industry to education, tourism and IMAX movies. Extensively represented in films and TV programs of the 1990s, VR virtually disappeared from public consciousness during the first decade or so of the current millennium. Like flying cars and jetpacks, it had promised big, but failed to deliver. It retreated into its dark cave to be tinkered with and re-emerge into a more VR-ready environment. Now, facilitated by HD smartphone screens and an increasingly tech-mediated society, it’s back – and in a big way.

Marcus shared varied examples of VR application including marketing tourism via transporting hapless bystanders in Tblisi to a raucous Irish pub and immersive artist Chris Milk’s use of VR as an “empathy machine” that puts users seemingly face to face with Syrian refugee children in Jordan. Of course the most mundane — and probably most common – use will be for millennials and post-millennials to hang out on the impending Facebook Spaces VR app and take selfies (I’m not just being a cynical Gen X’er, that’s how Spaces is being marketed).

And then there is Marcus’ own contribution to the growing VR canon.

The Yin and the Yang of Pyongyang

Marcus – who runs SceneThere with two other Marcuses and one Leandro – has received significant attention for a recent trip he made to North Korea, where, as an educator, he was permitted to capture enough footage of Pyongyang with his 360° camera to produce an unprecedented interactive look at the country’s enigmatic capital. Featuring narration by North Korea scholar Andray Abrahamian, the suitably named “North Korea VR” allows users to witness street scenes and even “enter” public buildings.

I saw no images of starvation or destitution, though the fanfare that is usually showcased and staged for visiting journalists was also absent. Furthermore, while the audio is sometimes prohibitively low, it arguably contributes to what feels like a more realistic experience than less spontaneous documentary efforts.

Beginning atop the 150-metre tall Juche Tower, North Korea VR lets you “visit” several spots in the city via focusing on labelled blue dots. Focus for a moment and be zoomed to Kim Il-sung Square and several other prominent locations Marcus was able to capture.

North Korea VR requires a Gear VR headset and a GALAXY smartphone for the true experience afforded to myself and some other members of the KAN family. Otherwise you can get a pretty good impression using the SceneThere Web Player. 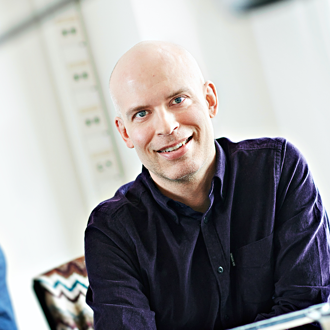